Jane is a virgin. Jane is pregnant.
Jane is as confused as you are.

Jane the Virgin is an American comedy-drama television series airing on The CW. It is a loose adaptation of the Venezuelan telenovela Juana la Virgen, created by Perla Farías.[1]

Set in Miami, the series details the surprising and unforeseen events that take place in the life of Jane Villanueva, a hard-working, religious young Latina woman whose family tradition and a vow to save her virginity until her marriage to a detective is shattered when a doctor accidentally artificially inseminates her by mistake during a checkup. And to make matters worse, the biological donor is a married man, a former playboy and cancer survivor who is not only the new owner of the hotel where Jane works but was also her former teenage crush.

Keller Wortham as Esteban Santiago
Rogelio's telenovela rival + nemesis, who is currently in a relationship with Darci

Jane is a 23-year-old, religious young Latina woman who becomes pregnant after being artificially inseminated by mistake. After meeting Rafael and hearing his situation, she agrees to carry the baby full term and turn over custody to him and his wife Petra, but only if she is sure her baby will be safe and loved with them. But, as the pregnancy grows, they both start to have feelings for each other. Jane ends up having a baby boy named Mateo Gloriano Rogelio Solano Villanueva.

Rafael is a 31-year-old ex-owner of the Marbella Hotel and the biological father of Jane's child who has fallen out of love with his wife. As the series progresses, he develops growing feelings for Jane and divorces Petra after discovering her affair.

Petra is Rafael's scheming ex-wife and a member of a shady Czech crime family who got married to Rafael in order to steal his wealth, though over time she did fall in love with him. She later divorces Rafael and in Season 2, she gives birth to their twin daughters, Anna and Elsa (later Ellie).

Mateo is Jane and Rafael's baby. Named after Jane's grandfather and Alba's husband, who died before Jane was born.

Rogelio is a self-involved, famous telenovela star and Jane's biological father. In Season 1, he is trying to gain a relationship with his newly discovered daughter. He also has feelings for Xiomara, who was his girlfriend in high school. He marries Xiomara in the season three finale.

Xiomara (aka Xo) is Jane's outgoing mother. She was only sixteen years old when she had Jane, which is why Jane would rather keep her virginity until marriage than make the same mistake her mother did. She is a dance teacher but dreams of having a singing career. She marries Jane's father in the Season three finale.

Alba is Jane's pious maternal grandmother (Abuela) and Mateo's great-grandmother (Bisa). She is highly religious and encourages Jane to save her virginity until marriage. Although she rarely speaks English, she understands it, since her granddaughter usually only speaks to her in English. She was in the country illegally until she got her green card in season two.

Michael is Jane's 29-year-old husband who was a detective. He is aware of Petra's affair and blackmails her to ensure that her marriage remains intact so that Jane will give the baby to them, however later he decides to support Jane's decision to keep the baby. He also dislikes Rafael due to Jane's, and eventually Rafael's, attraction to one another. He is the head detective in the hunt for Sin Rostro, a high-profile drug dealer who seems to be based in the Marbella Hotel, however, he later quits to become a lawyer.

Dr. Luisa Alver is a former doctor and recovering alcoholic, who is the adoptive sister of Rafael and in a relationship with notorious criminal Sin Rostro. She is also the doctor who accidentally artificially inseminated Jane.

Rose is a former lawyer, girlfriend of Luisa, and eventually stepmother of Luisa and Rafael who defends Luisa against the malpractice suit. She is later revealed to be the crime lord Sin Rostro and is arrested in season three. Luisa works to try to break her out of jail throughout season 4.

Anežka is Petra's long-lost twin sister who grew up with a rough life in the Czech Republic. At the end of the second season, she drugs Petra and begins a scheme with Magda to impersonate Petra so they can gain controlling shares in the Marbella. In season 4, she fakes her own death to find out who really loves her and thinks that Petra does when she sees Petra crying (because the twins sprayed pepper spray in her eye). She later finds out the truth and ends up in a dispute with Petra with Anežka falling off a balcony.

Darci is Rogelio's ex-girlfriend and the mother of her and Rogelio's daughter “Baby Michaelina de la Vega Factor”. She runs a matchmaking business.

Jane the Virgin, an adaptation of a telenovela but itself just incorporating elements of the genre, employs a number of storytelling gags and references to real telenovelas.

Jane's story is told through a specific theme for each season:

The story itself is told like a book with chapters, which are added into parts of Jane's story. It is as following:

"In my mind, it’s a three-part narrative and this is a giant seismic shift that happened around our midpoint. So, you know, they’re not equal thirds" — Jennie Urman[2]

Part 3 is the last part of the story. 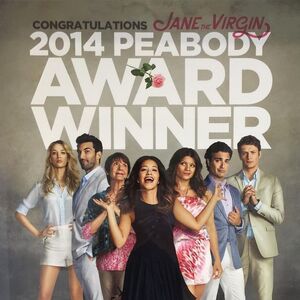 ‘Jane the Virgin’ is full of telenovela twists and turns. It is also profoundly real. (THE WASHINGTON POST • APRIL 2019)

Latina™: Where Jane the Virgin Fails in Latinx Representation (THE MARY SUE • MARCH 2018) 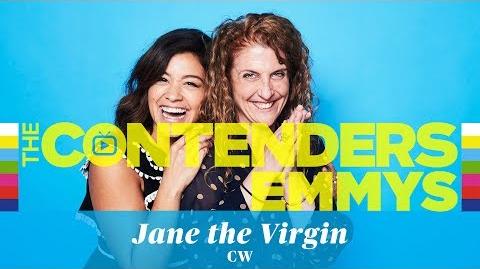 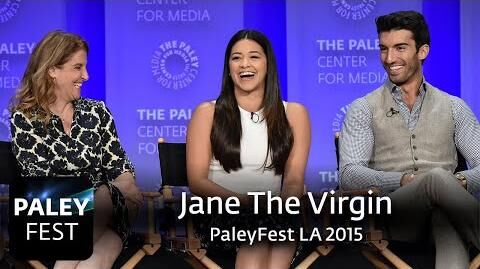 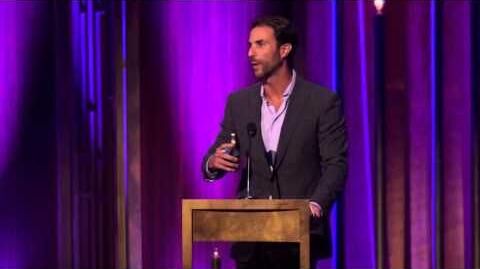