Guerrero auditioned for a role on Devious Maids, but ended up with a role on Orange is the New Black, where she plays a Bronx-bred character that is likely Puerto Rican. She has had a recurring role on Are We There Yet?. In 2014, she appeared in Emoticon ;), a comedy about a May–December romance in which her father is involved with a doctoral candidate. Guerrero was a cast in a regular role on season 2 of CBS show Superior Donuts. Guerrero currently portrays Crazy Jane on Doom Patrol. 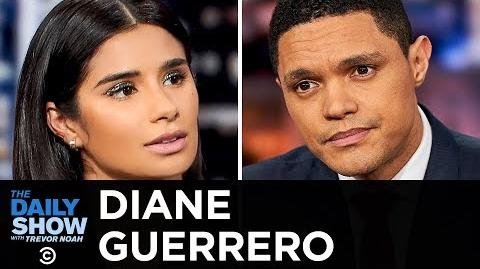 Diane Guerrero - “Orange Is the New Black” and Fighting for Immigrant Rights The Daily Show
Retrieved from "https://janethevirgin.fandom.com/wiki/Diane_Guerrero?oldid=31348"
Community content is available under CC-BY-SA unless otherwise noted.