Chapter Forty-Nine is the 5th episode of Season 3 of Jane the Virgin.[1]

TRUST ISSUES – Jane (Gina Rodriguez) convinces Alba (Ivonne Coll) to let her read the letters from her estranged sister, but under the condition, Jane doesn't reach out to her family. Rafael (Justin Baldoni) is starting to suspect that something is different about Petra (Yael Grobglas). Meanwhile, Michael (Brett Dier) and Rafael, with the help of Jane and Rogelio (Jaime Camil), try to create a civil friendship, but it doesn't go as smoothly as everyone hoped.

“I was freaking paralyzed and nobody even noticed! So I am done with nice”
—Petra threatening Rafael

“The bitch is back”
—The Narrator 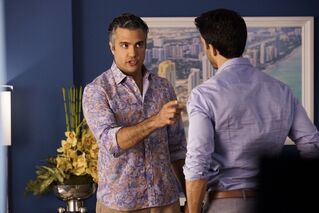 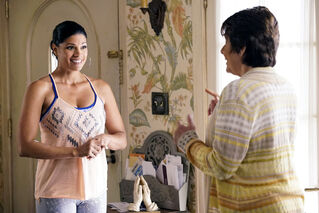 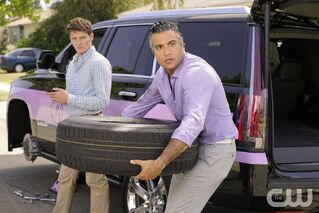 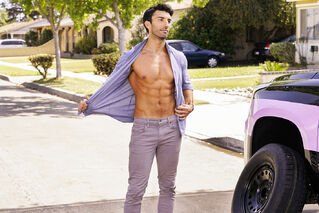 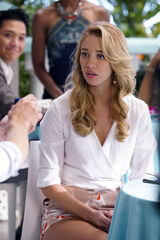 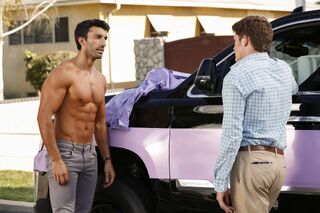 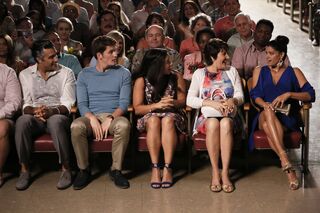 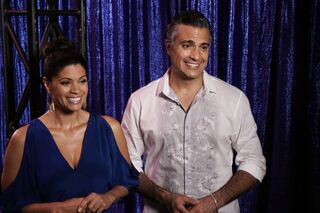 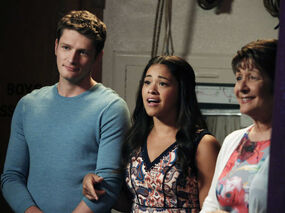 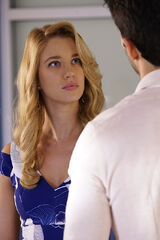 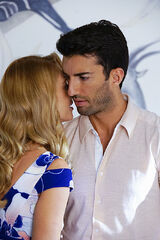 Add a photo to this gallery

Retrieved from "https://janethevirgin.fandom.com/wiki/Chapter_Forty-Nine?oldid=34113"
Community content is available under CC-BY-SA unless otherwise noted.