Anthony Mendez is a two-time Emmy Award nominated American voice-over artist.[1][2] He played the grown-up Mateo Solano Villanueva who served as the main narrator in Jane the Virgin.[3]

Mendez has been nominated for a 2016 Emmy Award for his work as the adult version of Mateo Solano Villanueva.[1][2] This marks Mendez' second nomination in a row. He was nominated for the CW dramedy's only 2015 Emmy Award. 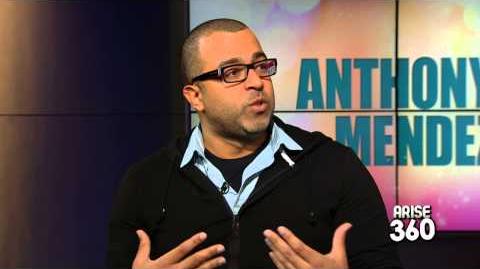 Anthony Mendez on his role in "Jane The Virgin!"

Retrieved from "https://janethevirgin.fandom.com/wiki/Anthony_Mendez?oldid=30194"
Community content is available under CC-BY-SA unless otherwise noted.